October only had four Wednesdays, so that’s why it looks like Sunny and Rainy didn’t have that many updates but everything is still going right on schedule. In this month’s updates, Vivian comes up with a theory to explain the cryptid and procrastination happens (again).

Here is some more Bayojeanne fanart, most of it is black and white and sketches just to keep it simple. The Bayonetta character designs are very detailed and complicated so to save time I don’t always color it.

This one will probably not be finished because I was not happy with how Bayonetta 3 turned out and I’m just going to stick with drawing fanart of the first two games instead which I still love and appreciate.

An illustration of Vivian in the woods! This looks like it could be a cover for the current story chapter of Sunny and Rainy but I also want to include the other characters so I’ll probably rework this into a new pic. 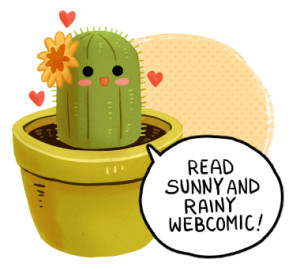 If you like the art and comics I make, consider becoming a patron. Your support helps me be an independent artist. PS: You will also get some special rewards.